It’s official! I’m pleased to announce that on her birthday April 20th, sixteen years after its creation by my friend, colleague and fellow Canadian Marci Segal, the UN will recognize World Creativity & Innovation Day April 21, celebrated in more than 50 countries:

The event and declaration can be followed live online April 20th 10:00 Eastern Time on UNWebTv when Inga Rhonda King, Permanent Representative/Ambassador to the United Nations from St. Vincent and the Grenadines will read a UN resolution on the floor of the General Assembly to include World Creativity and Innovation Day, April 21, among the UN Days of Observance which includes Earth Day, Water Day, World Humanitarian Day, etc.

In her 10-minute speech, Ms. King will emphasize the importance of using creativity to meet the 2030 UN Sustainable Development Goals: 17 Goals to Transform the World 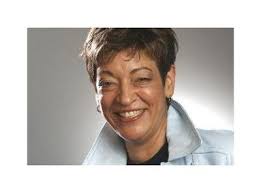 Creativity at the State University of New York College at Buffalo. She is the first Canadian to hold the paired designation of the program’s first accredited minor and their master’s degree in Creativity and Change Leadership.

Segal has been a senior faculty member at the Creative Problem Solving Institute, an MBTI ® instrument qualifying instructor, and sessional faculty at Canada’s Ontario College of Art and Design. She sat on the board of the American Creativity Association and was a member of and presenter at the World Future Society for many years. 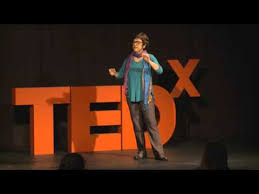 She has spoken worldwide at other conferences and events, including TedXCanmore, and has consulted with many leading organizations including NASA, the Ontario Public Service, PHD Canada, Ricoh and Bosch.

Marci founded World Creativity and Innovation Day, April 21 (WCID) in 2001 which grew to become World Creativity and Innovation Week April 15 – 21 (WCIW) in 2006. This observance reaches people, businesses, organizations, families, communities, schools, and governments in over 50 countries. WCID and WCIW are non-commercial, volunteer occurrences, and no one pays to participate. Like Mother’s Day, each celebrates in their own way, relevant to their context.

Marci was born and grew up in Toronto and now lives in Canmore (another metaphor I love), Alberta. Her creative life journey is featured in Optimizing Your Creativity, Chapter 5 in my book Making Opportunity Knock.

She will be attending the April 20th proceedings at the UN. Watch it live!

She can be reached by email at marci@wciw.org